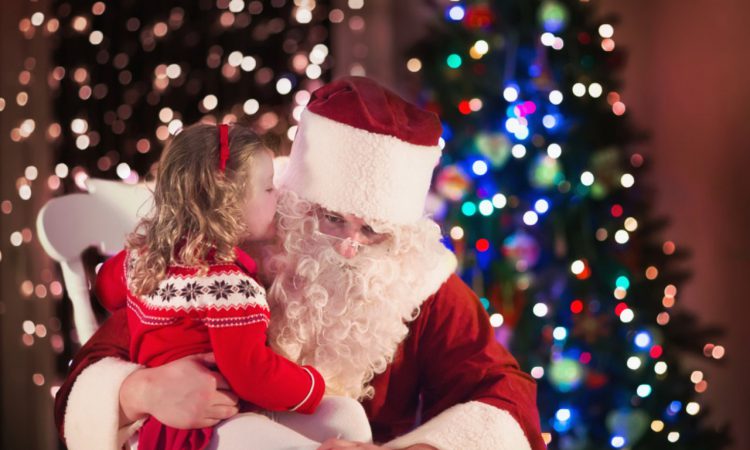 He’s making his list. He’s checking it twice. He’s gonna find out who’s naughty or nice. And, this time of year, you want to meet him! At Orlando theme parks, you can visit with Santa, tell him your wish list and also meet Mrs. Claus at select locations. Use my helpful guide to find Santa in Orlando this holiday season. 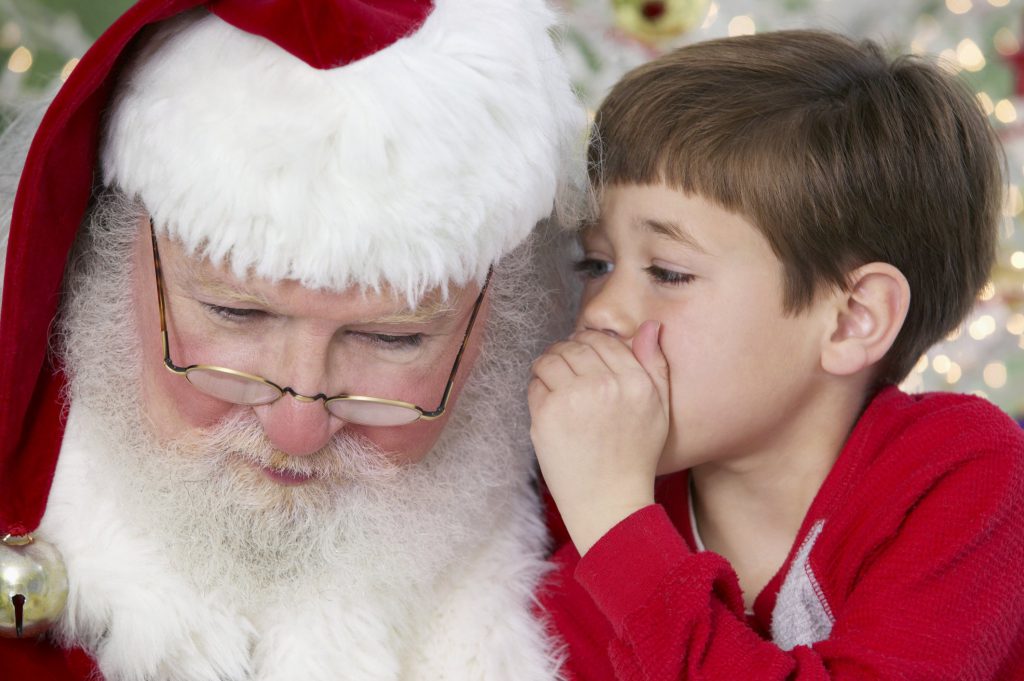 During Holidays at Disney Springs, Disney brings Santa Claus to the masses at The Marketplace. You’ll find Santa Claus waiting to greet you at his beautiful cottage on Christmas Tree Trail across from Once Upon a Toy. Snap as many photos as you’d like, and be sure to use PhotoPass too. Disney photographers have a special way of capturing the magic.

Plus, Disney makes it easy to visit Santa! Check in at the podium and give Santa’s helper your mobile phone number. This saves your place in line and also allows you to finish Christmas shopping while you wait. When you receive the text from Santa’s Helpers, head back to the cottage for your chance to meet Santa!

You can spot Santa at Universal Orlando Resort during Universal’s Holiday Parade featuring Macy’s. As the New York City street scene comes to life with balloons, floats, marching bands, and whimsical characters, the moment is made even more spectacular with a special appearance by Santa Claus. After the parade, which happens several times daily at Universal Studios, stick around for a magnificent tree lighting ceremony with music and twinkling lights.

Why only see Santa, when at Disney World you can see both Santa and Mickey? During Mickey’s Very Merry Christmas Party, delight in the shimmering ice lights on Cinderella’s Castle, waltz through the streets to holiday music, and meet with all your favorite holiday characters. The extravaganza is held on select nights in November and December, from 7:00 pm to midnight. 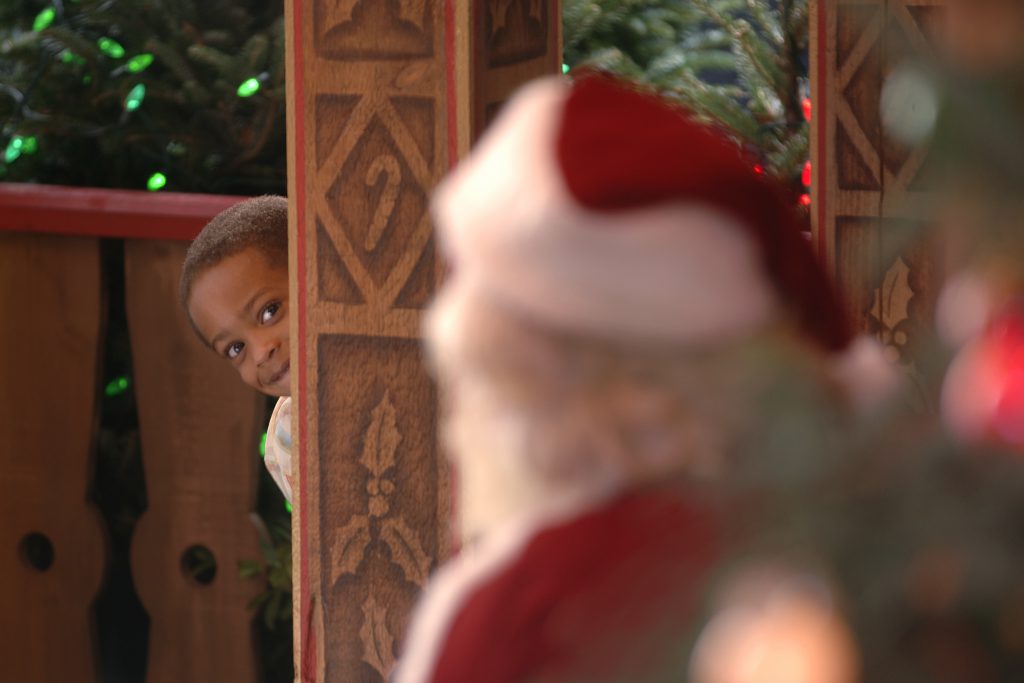 Jolly Old St. Nicholas will also be at Disney’s Hollywood Studios to greet visitors. He’s a busy man, after all. From November 8th to December 24, 2019, Kris Kringle will be at Once Upon a Time on Sunset Boulevard. If you’re on the lookout for Santa in Orlando, just head to Disney World!

Ever dream of walking through a winter wonderland? At ICE at Gaylord Palms, you can do just that! More than two million twinkling lights, acres of larger-than-life decorations and more than two million pounds of hand-carved ice sculptures, snow, and four thrilling slides await you! Stroll through the dazzling sights, which are themed for THE POLAR EXPRESS in 2019, snow tube down the slopes and whoosh down a slippery ice slide before having milk and cookies with Santa and Mrs. Claus. It’s an engaging experience you can’t have anywhere else in Orlando. 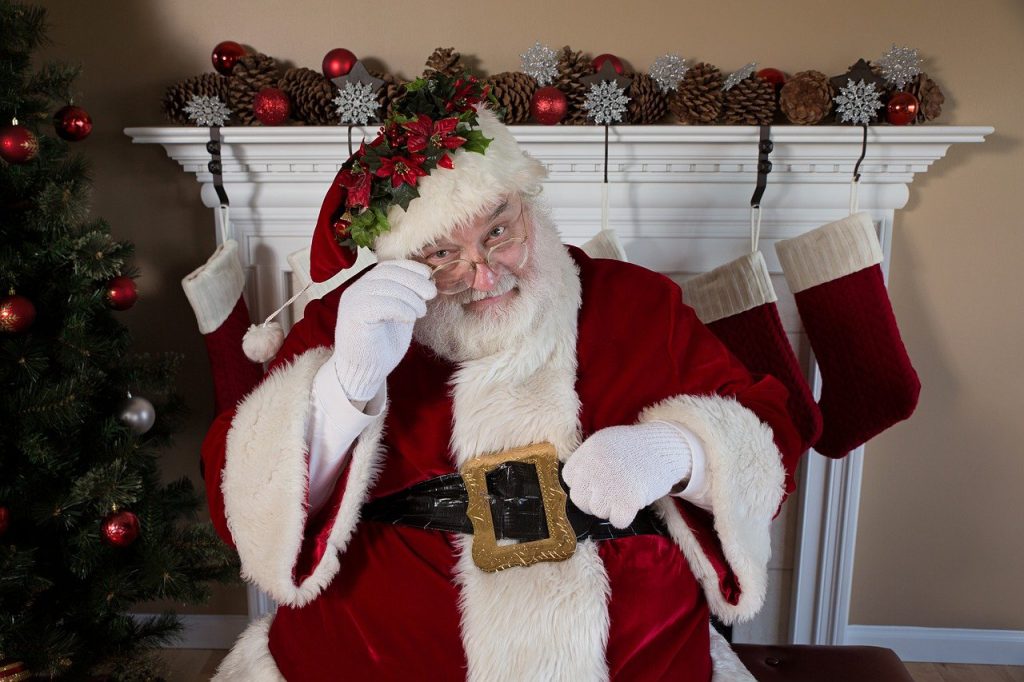 At Busch Gardens Christmas Town, you’re invited to Santa’s House at the North Pole. Each day during Christmas Town, Santa takes a break from his busy holiday plans to meet and take photos with all of the good little boys and girls of the world. Surrounded by elves in Santa’s study, get ready to meet the man himself, tell him your secret holiday wish and even get your photo taken. Santa can be seen at Busch Gardens Tampa starting November 16th through January 6th, 2020.

At SeaWorld’s Christmas Celebration, can take a ride all the way to the top of the world. You might know this place as the North Pole! Santa Claus will be there to greet you with a hug and a complimentary family photo opportunity. Meet Santa and crew daily starting at 10 am from November 23rd through December 31st.

Santa is everywhere you look in Orlando during the holidays. He’s just that magical! Be sure to book your holiday trip to Orlando and see Kris Kringle in person.