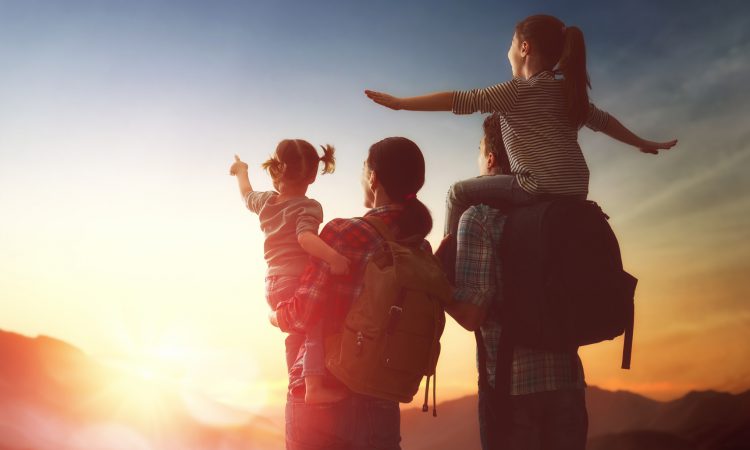 This summer, make some Smoky Mountain Memories of your own.

Whether it’s checking out Dollywood’s new $5 million River Battle or tumbling down the side of a hill (on purpose) at Zorb, Pigeon Forge boasts some of the most unique and varied options for vacationing couples, families and seniors.

“Pigeon Forge has fundamental appeal on multiple levels. It’s wonderful for families because of the variety of activities. It’s great for people who really love the outdoors because our next door neighbor is the most visited national park in the country. It’s fun for couples looking for a getaway because there are places you can hide out,” said Tom Adkinson, spokesman for the Pigeon Forge Department of Tourism. “Those three attributes alone, laid on top of the fact that it’s accessible and convenient — only 287 miles from Huntington, W.V. and all interstate highways until you get about 15 minutes from our door.”

Most people know about the live entertainment that Pigeon Forge is known for, including more than 70 shows by Lee Greenwood this year and other performers in genres ranging from country to gospel to pop. A varied list of restaurants — including seafood, steakhouses and hibachis — grows from year to year. Lodging choices in Pigeon Forge are extraordinary, Adkinson offered, ranging from independent and chain hotels and motels to cabins, chalets and condos that feel private, but still maintain their accessibility to the attractions of the area.

The newest additions to the entertainment scene include family-friendly comedy shows at the Comedy Barn and an elaborate magic and illusion show called “Magic Beyond Belief.” A favorite of families is a Biblical production called “The Miracle.”

“This is one of the most elaborate shows you’ll see anywhere in the country. It’s staged in a 1,700 seat theater with a very large cast and 100 animals,” Adkinson said. “It’s the classic battle of good versus evil and the story of Christ.”

And, speaking of Dolly, Adkinson offered, the biggest ticketed tourist attraction in Tennessee — Dollywood — has been growing and expanding nearly every year.

“This year, they have a new $5 million water adventure ride called ‘River Battle,’ in which the passengers have access to giant soaker guns they can battle with and pedestrians can get into the act as well,” he said. “Last year, they added a $17.5 million roller coaster called ‘Mystery Mine’ that is one of the best in the country.”

One of the most exciting additions to the Smoky Mountains is the New Zealand innovation called “Zorb.” More details can be obtained at www.zorb.com/smoky.

“It’s a silly Web site, but it’s the only way to tell a silly story,” Adkinson said. “Imagine a beach ball 11 feet in diameter and suspended inside is a beach ball six feet in diameter. If you climb into the inner ball through the tunnel, they’ll push you over the side of the hill.”

Never fear, though — those brave enough to try it are either strapped into a harness called a “Zorbit” or enclosed with five gallons of warm water called a “Zydro.” Even Adkinson has his “Zorbonaut” certification.

“It’s funny to watch and funnier to do,” he explained. “It’s the only location in North America. You can’t do this anywhere else without flying a long way.”

If it’s less physical challenges you’re seeking and perhaps more mental, take the family to “WonderWorks,” billed as “an amusement park for the mind.” Featuring more than 150 interactive exhibits contained in 55,000 square feet of space, WonderWorks is easy to spot. It’s upside-down.

“The building façade is upside-down and inside are all manner of activities. You can get in a simulator and try to land a space shuttle. You can experience an earthquake and a hurricane. You can ride a 360-degree bicycle that if you pedal fast enough will go completely over the bar,” Adkinson explained.

Many Pigeon Forge Web sites recommend getting a free Value Card with discounts on lodging, entertainment, shopping, attractions and restaurants before visiting. Visit www.mypigeonforge.com to secure yours.

“One of the reasons we have 11 million visitors every year is because Pigeon Forge is a place of permanence — you know you’re going to enjoy these mountains, but it’s also a place of change because we’re evolving every year,” Adkinson said.